The FeatherTwo motor controller is a single board, dual motor controller that is specifically designed to control brushed drive motors in featherweight (13.6kg) fighting robots. They use 8 MOSFETs controlled by a PIC microcontroller, which decodes two servo signals from a radio receiver, and control the MOSFETs via a pulse width modulated signal.

To save weight and space, and help reduce cost, the controller has no metal heatsink. It instead uses ultra low resistance 240A rated MOSFETs in order to waste as little energy as possible as heat.

The board includes a 5 Volt, 1 amp voltage regulator which supplies power to the logic circuits as well as the receiver.

All boards are available with or without onboard signal mixing, and come with servo leads and wires for power and motors.

The controller is also available in single channel mode, where the board is reprogrammed and the two channels are wired in parallel to provide twice the current for higher power applications.

Note: Permanent damage may occur if these ratings are exceeded. The performance of the device may degrade if used at or close to the maximum ratings for extended periods. Voltages below the minimum operating voltage will cause the device to function incorrectly or shutdown.

Note: These ratings have all been tested under the conditions specified in brackets.

Once the motors are attached, plug the two servo connectors into a RC receiver. Some trial and error may be required to get the correct channels driving the correct motors, and in some cases, the connections on the motors may need to be reversed to get them running as expected. The trim on the transmitter will also need to be adjusted until neither motor is turning when the sticks are central. Be aware that the trim on the controller does change slightly with temperature, so it is advisable to check it is set correctly before each use.

Before connecting a battery, check that no connections are shorting. The FeatherTwo has been designed to run with lithium polymer batteries. These will damage both themselves and the FeatherTwo if shorted through the controller. The recommended connectors to use with these controllers are XT60s or EC5s, though other similarly rated connectors may be used. 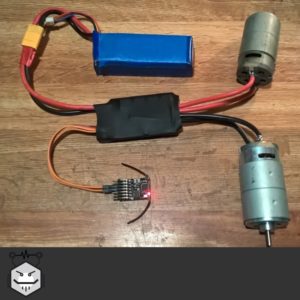 Fig 2. Recommended configuration using an Lemon Rx, 550 can motors and a 3S lipo